Just back from an amazing trip to Pakistan to speak at the fourth Lahore Literary Festival. Talks ranged from Virginia Woolf to feminism and the politics of body image, with lively debates and hugely enthusiastic audiences. The organisers estimate that 100,000 attended – if only UK literary festivals were as popular! The festival wasn’t without drama – due to security concerns from the Pakistani authorities (and political in-fighting) it was nearly cancelled, then they had to change the venue and the programme… but the organisers persevered and it went ahead swimmingly. From Madhur Jaffrey (on taking curry global) to Richard Orwell, son of one of my literary heros George Orwell, the speakers were varied and fascinating. A few pics and articles from the frontline: 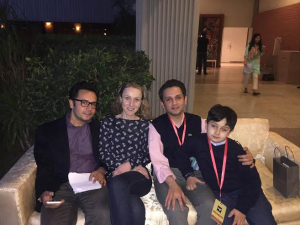 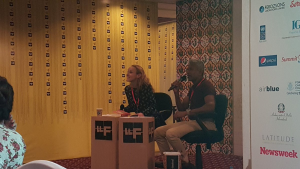 Running from one talk to the next, I was interviewed by a lovely young reporter from Pakistan Today: http://www.pakistantoday.com.pk/2016/02/22/national/llf-leaves-lahoris-wanting-more/

I was also lucky enough to get to know the Guardian’s Book Editor Claire Armitstead during the festival. Here’s what she wrote a few days later: http://www.theguardian.com/books/2016/feb/26/lahore-literary-festival-safe-place-dangerous-ideas